in the construction of commercial projectsUnparalleled expertise

Project: Sonoma Craftsman Style Estate
Architect: Wade Design
Photographer: Bart Edson Photography
Nordby Signature Builders blends a highly personalized, collaborative approach with the deep knowledge that comes from four decades of construction experience. We know that early collaboration, proven processes, and effective communication are key to the success of every project. With a deep well of experience building custom homes in some of the West’s most beautiful places, we are your partners in the process, dedicated to providing first-in-class construction — every single time.

Nordby’s expansion into Idaho, with its vast natural beauty, authentic culture and outdoor lifestyle, truly makes sense. Our Idaho team – drawn by the quality of life that makes Idaho ideal for so many – brings to this growing market a fresh perspective and befitting experience from working in the beautiful landscape of Northern California’s wine country. Start to finish, Nordby Signature Builders is here to provide you with a new level of building experience.

As CEO of the Nordby Companies, Craig Nordby leads not only a family business with over 40 years of history, but a group of companies that together form one of the premier construction companies in Northern California. Growing into the multiple companies under the Nordby umbrella you see today, Craig has carried the belief that ownership provides an unmatched level of motivation and success, and that a company is at its best when personal and company ambitions are aligned.

Craig comes from a long line of builders that reaches back to his great grandfather – a carpenter who moved to California from the Midwest in 1936 – and roots in Sonoma County, where he and his three brothers were raised. The brothers spent their formative years working alongside their father Wendell Nordby, who founded Nordby Construction in 1978. A strong work ethic was a given. Craig joined Nordby Construction, after graduating with a degree in business and marketing at Sonoma State University, (and writing a thesis on family-owned businesses).

Craig came up through the family business not in the field, but in operations. His business background gave him the ability to study the business and see the gaps – in marketing, business development, technology innovation, insurance and, as he jokingly describes it, “everything no one else wanted to do.” He proved himself valuable in a short period of time, and at the age of 36, took over operations. Along the way, he had developed a global view of the company that would prove invaluable in eventually leading it. Company ownership gradually evolved as first one brother, then his father, then his second brother transitioned out of the company. With a straightforward leadership style, a head for business, and perhaps most importantly, an affinity for people and partnerships, Craig has fostered an entrepreneurial outlook that has come to be one of the defining features of the Nordby Companies as a whole, and for each of its divisions as well.

As is true of any company with a history that spans multiple generations, the company has weathered ownership changes along with the highs and lows of multiple economic cycles. Along the way, Nordby launched the Wine Caves and Nordby Signature Homes divisions, both timely and targeted responses to opportunities in the market that the company was uniquely positioned to meet. The launch of these divisions early in his career trajectory would prove to be a defining moment for Craig, revealing a talent and taste for entrepreneurship.

The company’s growth and successes in the years since the recession of 2008 stem from a singular emphasis on customer service and quality over quantity of work. He describes his leadership style as a combination of strategic thinking and fortitude. “After the recession, our remaining team was made up of leaders, highly focused on customer service. We also had the creative confidence to know our worth.” The transition to this latest phase in the company’s history gave Craig the opportunity to bring on people who are truly aligned in their objectives, creating what he likes to call “a space for possibilities.” One of his favorite phrases sums up the company ethos he has created: “It’s all about opportunity.”

As president of Nordby Signature Homes and Signature Builders Idaho, David oversees residential construction company wide. He joined the company in 2000 as a project manager, became vice president in 2005, and became a partner and president of the company’s custom residential company in 2011. With a singular focus on client relationships and business development, David has played a key role in developing Nordby’s large network of repeat clients.

Armed with a family history of engineering, design, technical construction, Dave initially studied architecture at Arizona State University. Following the advice of a mentor who knew his preference for being in the field, Dave made the pivotal decision to enter the university’s Del Webb School of Construction, and finished with a degree in construction engineering and management.

After five years in the field, Dave made a second pivotal decision, returning to his native Sonoma County in 2000. A mutual contact introduced him to the team at Nordby, where the immediate connection between like personalities, Sonoma County roots and a symbiotic outlook on life and business proved to be a perfect fit. Initially hired as a project manager, he quickly accumulated knowledge and experience with the company’s opportunity-driven firm culture. Five years into his tenure at Nordby, the Signature Homes division needed leadership. Dave responded to the opportunity to lead the division, beginning with what is still one of the firm’s largest custom home projects.  In 2011, he became a partner and president of the division.

Dave maintains that a shared vision and participatory culture are the keys to Nordby’s success. “For me, it’s all about relationships,” says Dave. “We are all about opportunity, both for the company and for the individuals within the company. We support each other, but we also support a level of entrepreneurship within the company that is unique.”

As a golfer, Dave recognizes the value of individual determination; as a father and coach, he embraces the equally important value of a strong team. In his role at Nordby, he fosters both.

As vice president of Nordby Signature Homes and Signature Builders, the company’s new Idaho division, Brian oversees the highly collaborative and detailed process of custom home construction and will spearhead an exciting new expansion for the company. With over two decades of experience in the field, Brian brings a broad range of knowledge to his role. His experience includes work on custom homes, subdivisions and commercial projects, with companies large and small, in roles ranging from framing to detailing to customer service and management.

Brian grew up in the lumber business, and his career began behind a desk, an experience that quickly taught him he preferred a career in the field. He then spent several years “with bags on,” absorbing the business from the ground up. His first leadership role in the field left him largely to his own devices, an experience that fueled his entrepreneurial spirit. He mastered the art of learning by doing. “I’m really good at asking questions,” he says. As the scale of his projects grew, Brian grew alongside them, and was soon running large subdivisions, several at a time.

After joining Nordby in 2015 as a superintendent, he quickly moved to project manager and became partner and vice president in 2019. It was in custom homes that Brian truly found his passion. They offered a challenging environment in which no project will offer exactly the same experience, enhancing the sense of accomplishment. “The more specific custom homes become, the more you have to think and engage to get it built successfully,” he says. “In custom home construction, we truly are the architect’s partner. We are not just executing but solving problems and enhancing the project in the field, interpreting the artistic vision behind the design. We are respectful of that vision, asking the right questions to make sure we understand the intent behind the design.”

Brian’s focus is on providing not only outstanding quality, but establishing the high level of trust and communication between his clients and project teams that allows the collaborative process to flourish. 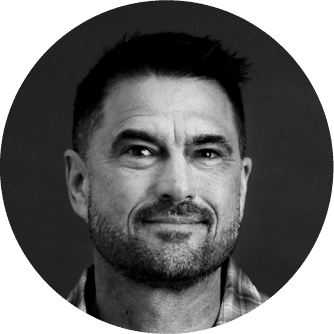 With over 30 years of experience in construction, Rick brings to his position as project manager of the Nordby Signature Builders team a vast knowledge-base of how to lead a project successfully. Trusted in his craft, Rick is proactive and communicates effectively with his team to ensure the work produced is high quality and meets the clients’ needs, every single time. Now in Idaho, Rick will have a key role in the initial growth of the division and implement learnings from his many years experience building in wine country. 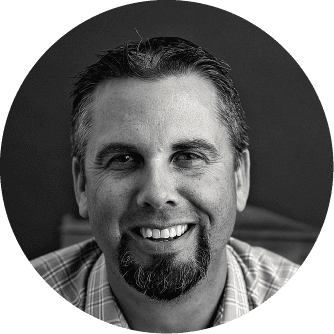 As project manager of Nordby Signature Builders, Connor Tynan leads the team in all areas of project execution and organization. Connor has been on the Nordby team for over 10 years and brings to the table a superior level of vigilance in maintaining focus on the details from the foundation to finished work. His wide range of experience from custom homes, to country clubs, wineries and more has prepared him to help with Nordby’s expansion into Idaho and he is a key part to the division’s success. 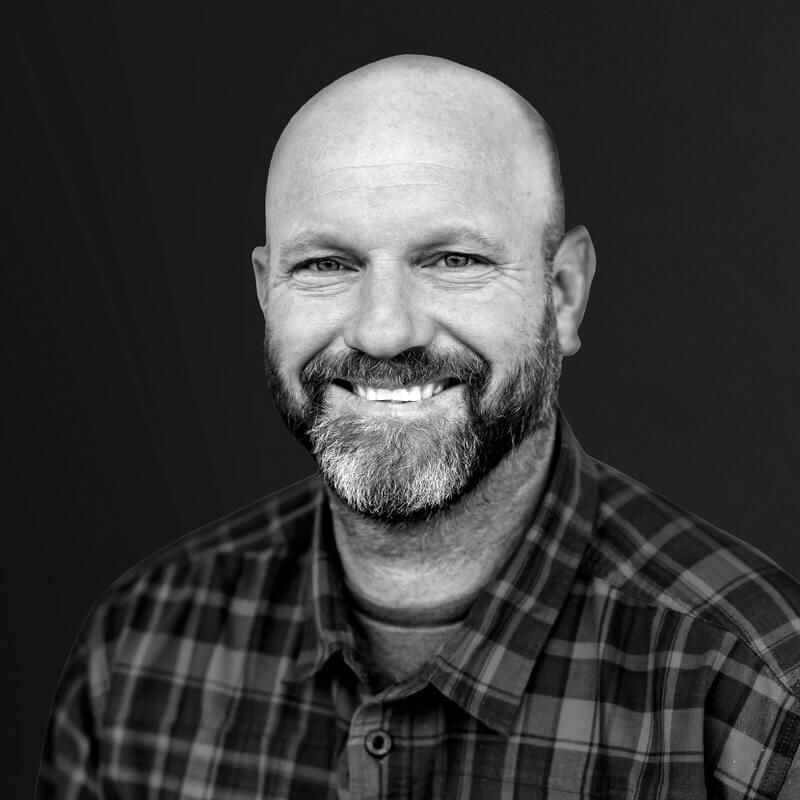 Chris joined the Nordby Signature Builders team with nearly two decades in construction. From starting in home remodeling to supervising high-end, custom home projects, Chris knows how to lead a team and provide remarkable service to his clients. Setting a high standard to build quality homes from start to finish is of utmost importance. His learned knowledge of how to provide practical solutions to his clients, while still adhering to the workmanship and design standards set by the project, ensures the final delivery stays in unison with the client’s original vision and budget.

Meet The Rest Of The Nordby Team

Building upon forty years of experience in Northern California, we are broadening our footprint to offer luxury custom construction services throughout the state of Idaho for the first time. From bases in Boise and Coeur d’Alene, the new Nordby Signature Builders offers a level of sophistication, craftsmanship, experience and management expertise that is simply unmatched in the state.

Under the leadership of Craig Nordby, a second generation builder, Nordby Signature Builders shares a common vision of deepening relationships within the community. Supporting our neighbors is a core value to our company and is the foundation to build our presence in Idaho.

A blueprint is only the beginning of a collaboration between the architect, the builder, and the property owner. We’ve established trusting relationships with many regional architects as we’ve worked to manage a construction schedule and budget while realizing the design vision of a space. These are a few of the firms we’ve partnered with in recent construction projects.

Ready to build your story?